A Valuable Lesson from Star 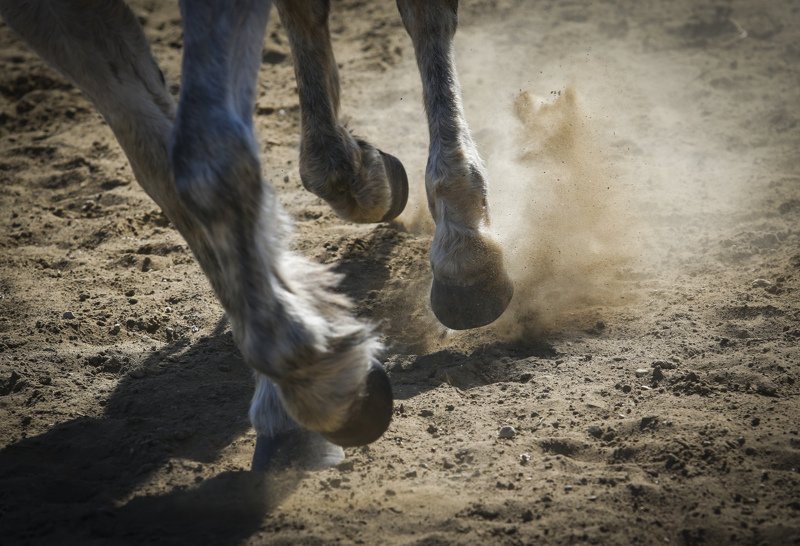 It’s minus 25 and blowing a gale when I take hay out to my cold furry herd one February morning. Most of my horses accept a hug or a pat from me as they get down to the serious business of breakfast. But as I near Star she flattens her ears back against her head and turns away. Getting used to – and a little tired of – this morning routine I keep well out of kicking range, all the while fighting down the frustrated voice in my head which keeps telling me she needs to be given an ‘attitude adjustment’ and shown who’s the boss around here. Why won’t she appreciate that I’ve sacrificed my warm cosy bed to come out in this cold to feed her?

Instead, taking a deep breath and listening to my heart, I move around the edges, talking to Star quietly, telling her I am here for her, when she is ready to be with me. I know the words make no sense to her but hope she hears my love in the tone of my voice. By the end of feeding time I approach slowly and she lowers her head. I scratch her gently behind the ears. How could I have wanted to give this hurting soul an ‘attitude adjustment’ just a few short moments ago?

Star found her way to Healing Hooves late the previous year. She was introduced to us as an over reactive horse with a bad attitude and behavioural problems. We were warned repeatedly not to walk behind her. The trainer I consulted with told me she needed a ‘real firm hand’. He advised that Star be shown who was boss; if she threatened to kick when I was feeding her then I simply shouldn’t feed her that time. He recommended I keep her in a small pen so I could catch her, and to carry a whip with me whenever I went in the pen. He assured me that this approach had worked well with horses far worse than Star.

I heard all he said, but in my heart it just didn’t feel right.

A few months after Star arrived, I meet Annie, a 13 year old who had also been told that she had a bad attitude and behavioural problems. Annie refused to talk to the last three counselors her parents sent her to; she called the psychiatrist, who diagnosed her with Oppositional Defiant Disorder, ‘Dr. Poopyhead’; and she hit the family’s in home support worker – who is focusing on behaviour modification –  again last week.  Annie AWOLs regularly and her parents no longer know any of the friends she hangs out with. They tell me they have tried every consequence out there, but now they have nothing left to take away. Whatever they do Annie just doesn’t seem to care anymore, and she used to be such a loving sensitive little girl. The only positive they can tell me about Annie now is her devotion to Domino, her 12 year old lab cross, who her Mom describes as “the only member of the family Annie has a civil word for nowadays”.

Annie is drawn to Star and asks why she moves away when we approach the fence. We talk a while about Star’s past including the many trainers at her last home who tried to ‘fix’ her behaviour.  Annie asks what the trainers had done. I explain what the last one had recommended.

A look of horror crosses Annie’s face as she asks me if I’d done this, and relief as I said definitely not.

I watch Star turn and take one small step towards to us, “What do you think may have happened if I had done what the trainer said?”

Annie shudders. “She’d want to kick you even worse. Maybe in a tiny pen she might have done what you said, but only ‘cos she had no real choice.  As soon as she got her freedom back she’d be long gone. And I wouldn’t blame her!”

“She can’t help what she does, and she doesn’t mean to keep pushing you away,” Annie later tells me as she tentatively reaches out across the fence rail to rub Star, who has now approached us, on the neck. “She’s just so scared.”

“So what needs to happen next?” I ask.

Annie, less tentative now, starts to massage Star’s shoulder and Star’s head lowers. “She needs to know she can really trust you, that you are going to stick by her even when she messes up. You need to go slow, because the more you push her, the more attitude you’re going to get; she just can’t help it.”

To Annie it is all so obvious; to her parents, watching from a distance, the parallels and implications are just starting to sink in. Star has taught them where my words alone had previously failed.

Over the next few months I help Annie show Star the love and acceptance she needs. In time Star’s ‘bad behaviour’ simply melts away and we discover a gentle intuitive horse who loves hugs – especially from Annie.

At the same time I watch Annie’s parents change their approach with their daughter and she too starts to melt, then flourish.

They simply see her in a different way and that has changed everything.